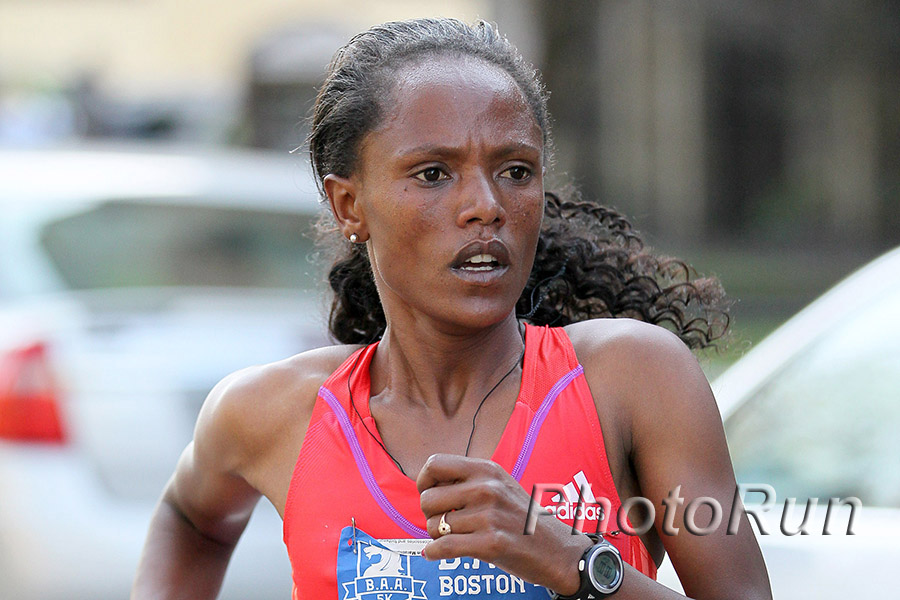 When Aheza was young, she almost always won her races during physical education class, and by the age of 16 was representing her school at the All-Ethiopian School Championships, winning the 5000 meters. In 2004, she moved to Addis Ababa and joined the Ethiopian Electric Light and Power club. Her first competition outside of Ethiopia was in the 2005 Beijing International Women’s Ekiden, where she won the fourth leg. Two years later, Aheza represented Ethiopia at the 2007 World Championships in Osaka in the Women's 10000m.

After years of focusing on 5km and 10km, Aheza turned her attention to the marathon and in her second-ever attempt at the distance, Aheza struck paydirt. At the 2013 Standard Chartered Dubai Marathon, Aheza hung tough with the lead pack and came home in fourth in a time of 2:24:30, more than fifteen minutes better than she had run in her debut there one year earlier.