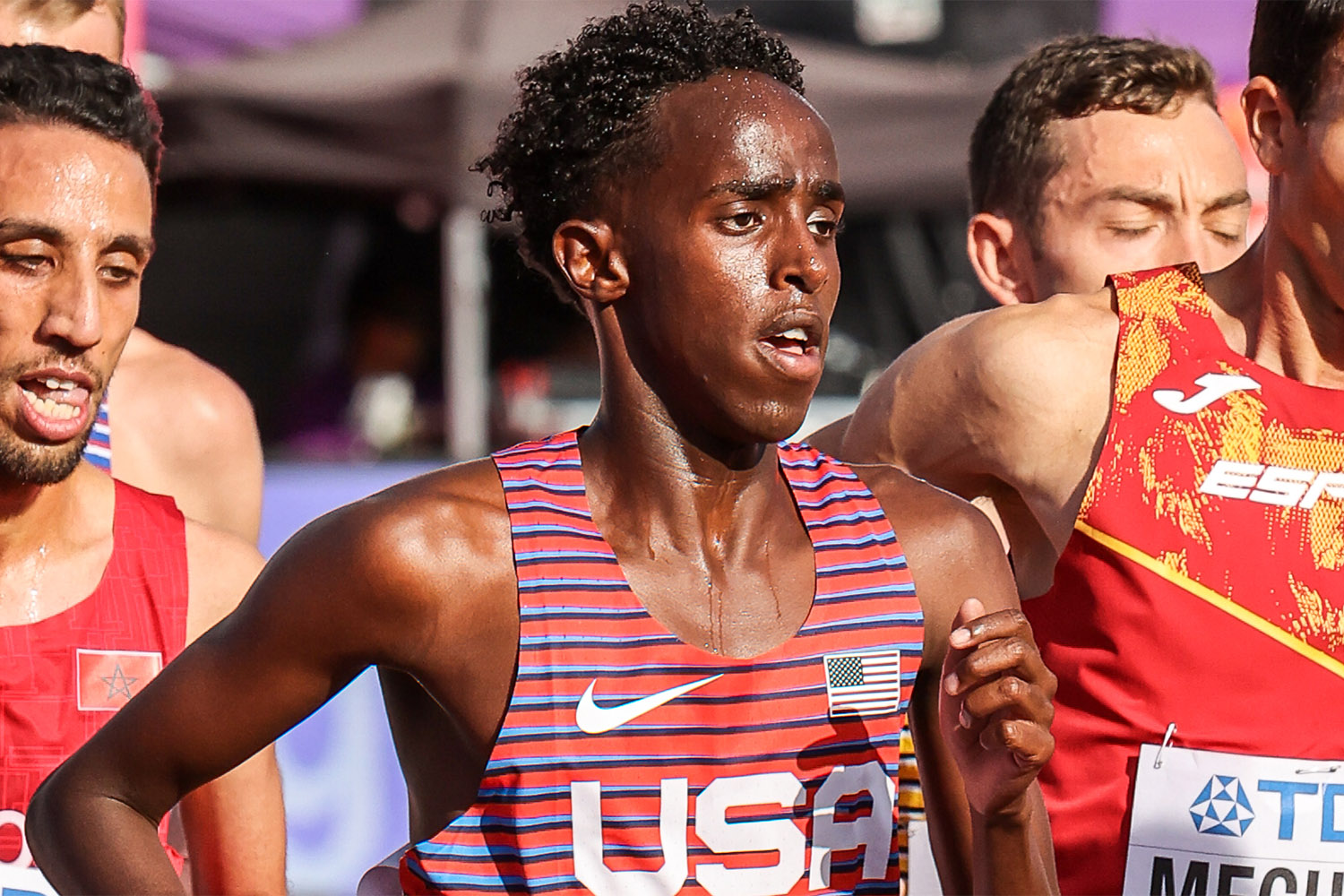 For Abdihamid Nur, it’s been his greatest challenges which have provided him with his greatest opportunities. Born in Mogadishu, Nur was able to escape the instability in Somalia at a young age and spent five years of his childhood in Egypt, before being able to relocate to Phoenix, Arizona.

As a recent immigrant to America, Nur found sports as an ideal way to connect with his new peers and made fast friends on the soccer field. A committed soccer player going into high school, Nur’s life took an unexpected turn when he was involved in a near-fatal car collision. The injuries he sustained kept him out of high school for three months and forced him to miss the entire high school soccer season. Having missed so much time, it was suggested that Nur join the cross country team in the fall as a way to regain fitness for the next soccer season. In his very first race, Nur placed third in a competitive field, and he and his coach quickly realized that his real talent lay in running.

In Nur’s senior year, he won the AIA Division I state cross country title, a victory which opened the doors to joining nearby Northern Arizona University’s national powerhouse distance running squad. Though he raced sparingly at first for NAU, Nur’s contributions were considerable. After the 2020 season was canceled due to COVID-19, Nur placed seventh at the 2020 NCAA Cross Country Championships (held in March 2021), helping the Lumberjacks to the NCAA national team title. That spring, Nur finished third at the NCAA Championships in the 10,000m. The following fall, Nur repeated his seventh-place finish at the NCAA Cross Country Championships, and the Lumberjacks repeated as national champions.

The next winter would be one for the ages for Nur. At the NCAA Indoor Championship, Nur won both the 3000m and 5000m finals. The following May, Nur ran 13:06.32 to break Henry Rono’s 44 year-old NCAA 5000m record. At the NCAA Outdoor Championships, Nur finished third in the 10,000m, and just two weeks later, finish third at the USATF Championships over 5000m, securing his spot on Team USA for the 2022 World Championships.