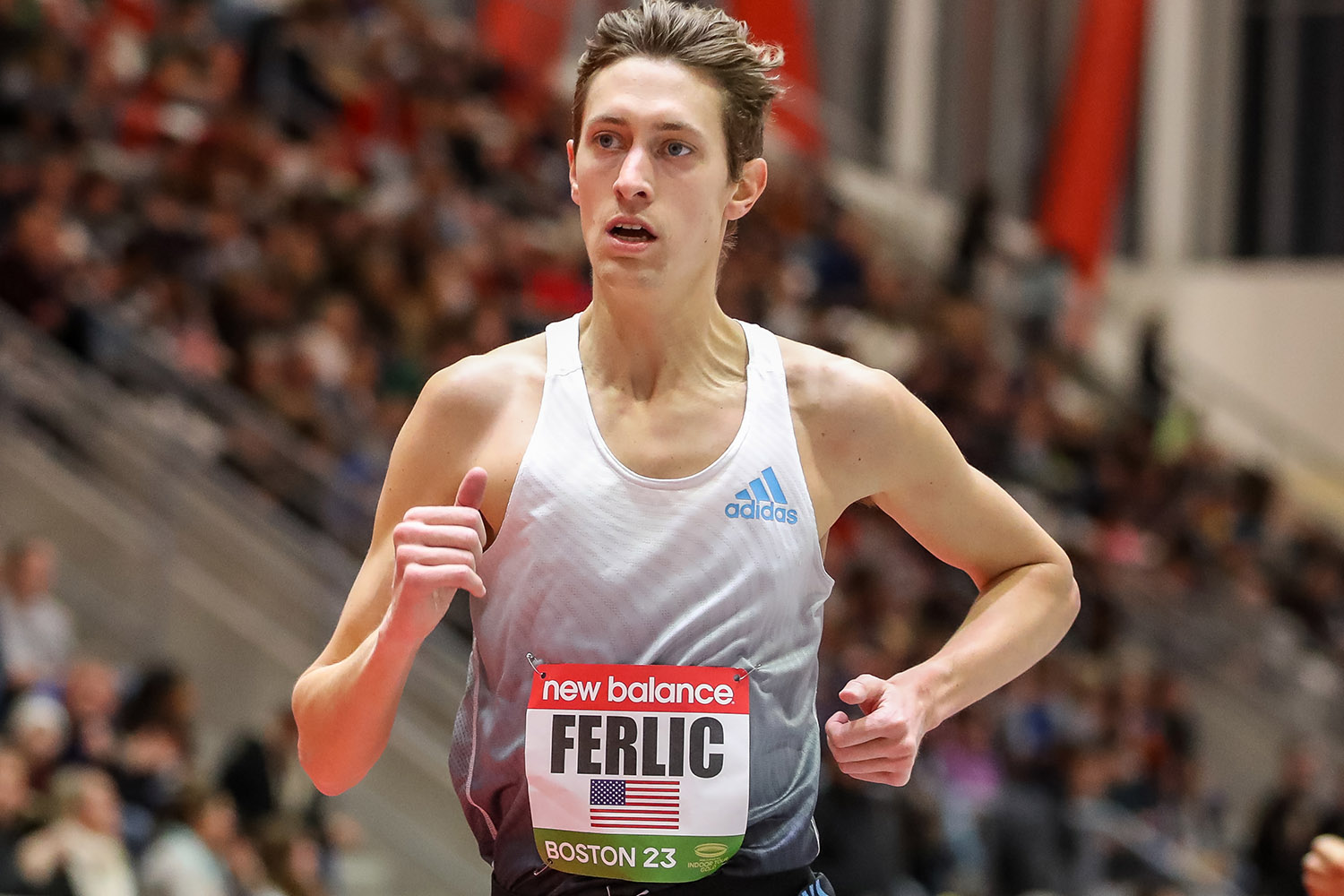 As a junior at Mounds Park Academy in St. Paul, Ferlic won the Minnesota Class A State title at 3200m. The following year, Ferlic won the Class A Cross Country title as well as outdoor track championships over 1600m and 3200m. For his dynamite senior year, Ferlic was named as the 2011 Minnesota Gatorade Track and Field Athlete of the Year.

At the University of Michigan, Ferlic redshirted his first full year and then began to make a name for himself as an upperclassman. In 2014, Ferlic finished third in the 3000m steeplechase at the Big Ten Championships, and followed that up with a fourth place finish over the same at the NCAA Championships. The following year, Ferlic won the 5000m at the Big Ten Indoor Championships, but suffered a fall in NCAA outdoor 3000m steeplechase final, ending his bid for a podium finish

Undaunted, Ferlic bounced back in 2016, and successfully defended his Big Ten Indoor 5000m title. At the Big Ten Outdoor Championships, Ferlic scored 20 points, more than any other individual athlete at those championships, with wins in both the 3000m steeplechase and 5000m. At the NCAA Outdoor Championships, Ferlic was the class of the field, running away with the championship in a personal best of 8:27.16. Just weeks later, Ferlic finished fifth in the 3000m steeplechase at the US Olympic Trials, just two spots out from a spot on Team USA.

After having been a finalist at both the 2017 and 2019 USATF Outdoor Championships, but never securing a spot at the major championships, Ferlic made his mark with the 2021 season. At the USATF Grand Prix in Eugene, Oregon, Ferlic recorded a new lifetime best of 8:18.49 for the 3000m steeplechase. Two months later at the US Olympic Trials, Ferlic finished third, earning a spot to his first Olympic Games.

Ferlic’s success as an athlete is rivaled by his achievements in the classroom. A member of the National Honor Society and a recipient of the Science Award Scholarship as a high schooler, Ferlic earned his undergraduate degree in aerospace engineering, and is currently working towards his Masters of Science in the same field.