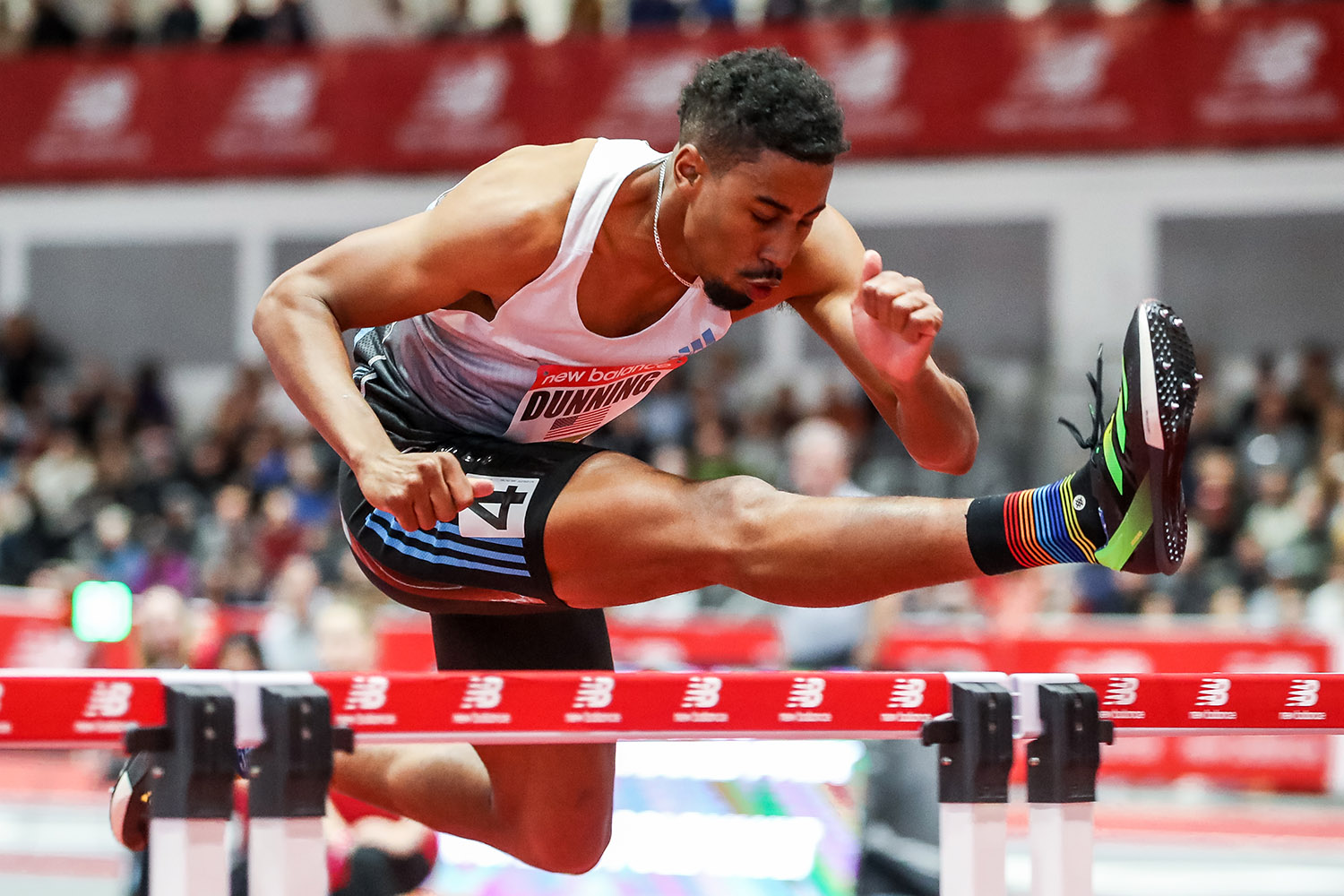 As a senior at Kennesaw Mountain High School, Robert Dunning won Georgia High School Class 6A titles in both the 300m hurdles and the high jump. Following graduation, Robert competed for South Plains College where he turned his focus to the 110m hurdles, taking second in the NJCAA Championships in 2016, and winning the NJCAA titles in both the hurdles and the high jump the following.

After South Plains, Robert transferred to Alabama. After redshirting the 2018 season, Robert scored for the Crimson Tide with his fifth-place finish at the SEC Championships and qualified for the NCAA Regionals in both the 110m and 400m hurdles. But it was the 2021 season where Robert would truly shine: Robert went undefeated in all his 110m hurdles finals, winning both the SEC and the NCAA Outdoor titles for Alabama. Robert ended the season with a new lifetime best of 13.24, making him the seventh-fastest American of 2021.