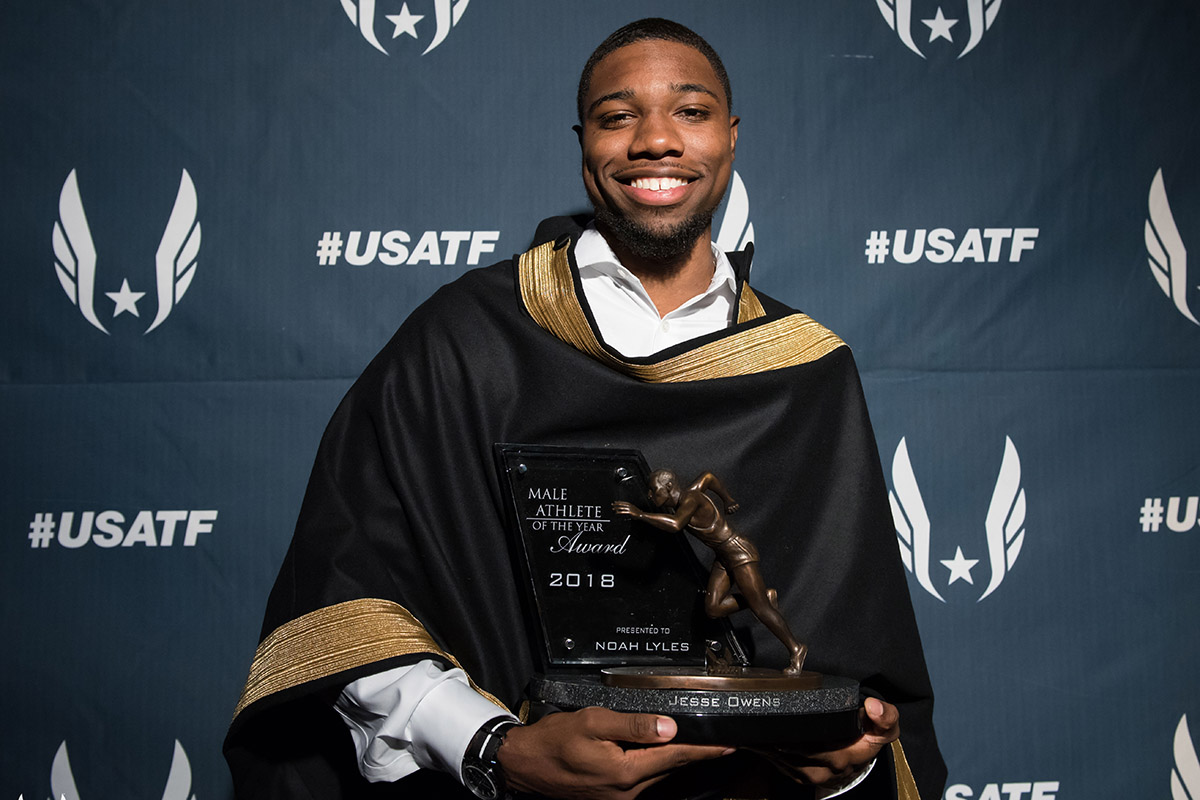 Noah Lyles has been named the 2018 recipient of USATF's Jesse Owens Award.

Since 1981, USATF awards the Jesse Owens Award to the USA's most outstanding track and field athlete. Lyles completed a stellar season this summer, winning the US Championships at 100m in 9.88sec and going undefeated over 200m, recording the fastest-time in the world in the latter event. Previous winners of the Jesse Owens Award include Edwin Moses, Carl Lewis and Jackie Joyner-Kersee.