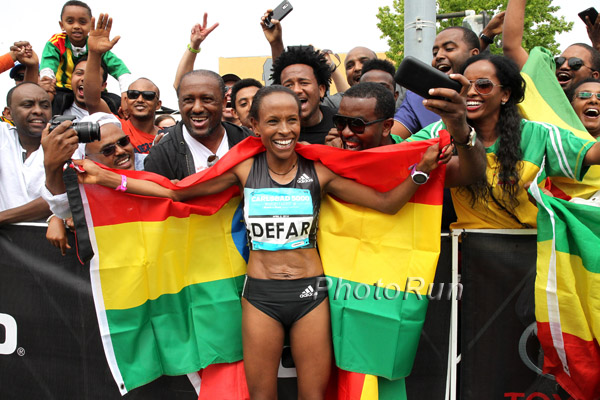 Two-time Olympic Champion Meseret Defar returned to the Carlsbad 5000 for the first time since 2010 and captured her fourth victory on the course where she set the still-standing world best of 14:46 ten years ago. Defar followed pacemaker Violah Lagat through the mile in 4:45 before taking the lead, with only Caroline Kipkirui of Kenya and Susan Kuijken of the Netherlands following. Defar's pace caused Kuijken to fall off by the second mile and Defar broke away from Kipkurui in the final 400m to win 15:00 to 15:05.