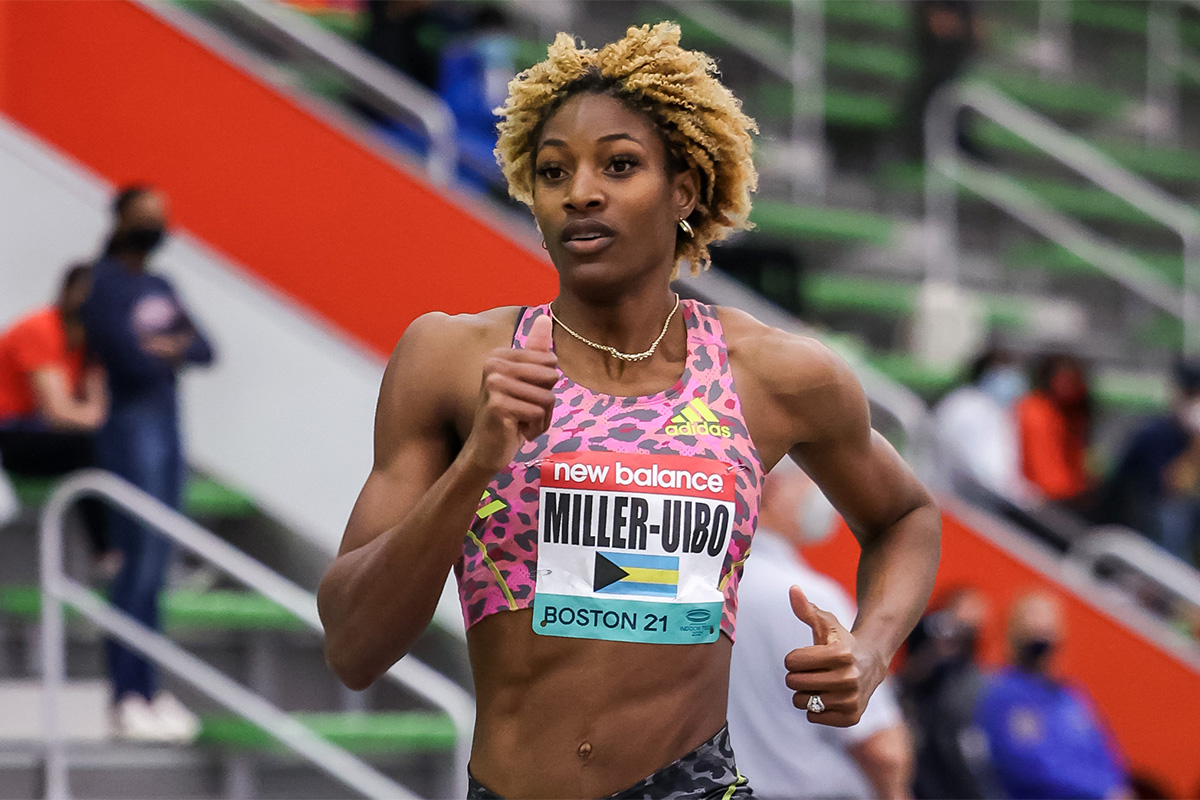 Shaunae Miller-Uibo, the 2016 Olympic Champion at 400m, had a brief but highly successful indoor season that saw her take down two Bahamian national records. In January, Miller-Uibo won the 200m at the American Track League meeting in 22.40, bettering the previous record of 22.68 set by Pauline Davis-Thompson in 1995.

In her second and final race of the indoor season, Miller-Uibo took top honors at the New Balance Indoor Grand Prix, winning the 400m in 50.21, the fastest time in the world for 2021 and breaking Christiane Amertil’s former national record of 50.34, set back in 2006. Miller-Uibo's times make her the equal 10th-fastest in history over 200m indoors and the equal 8th-fastest in history at 400m indoors.