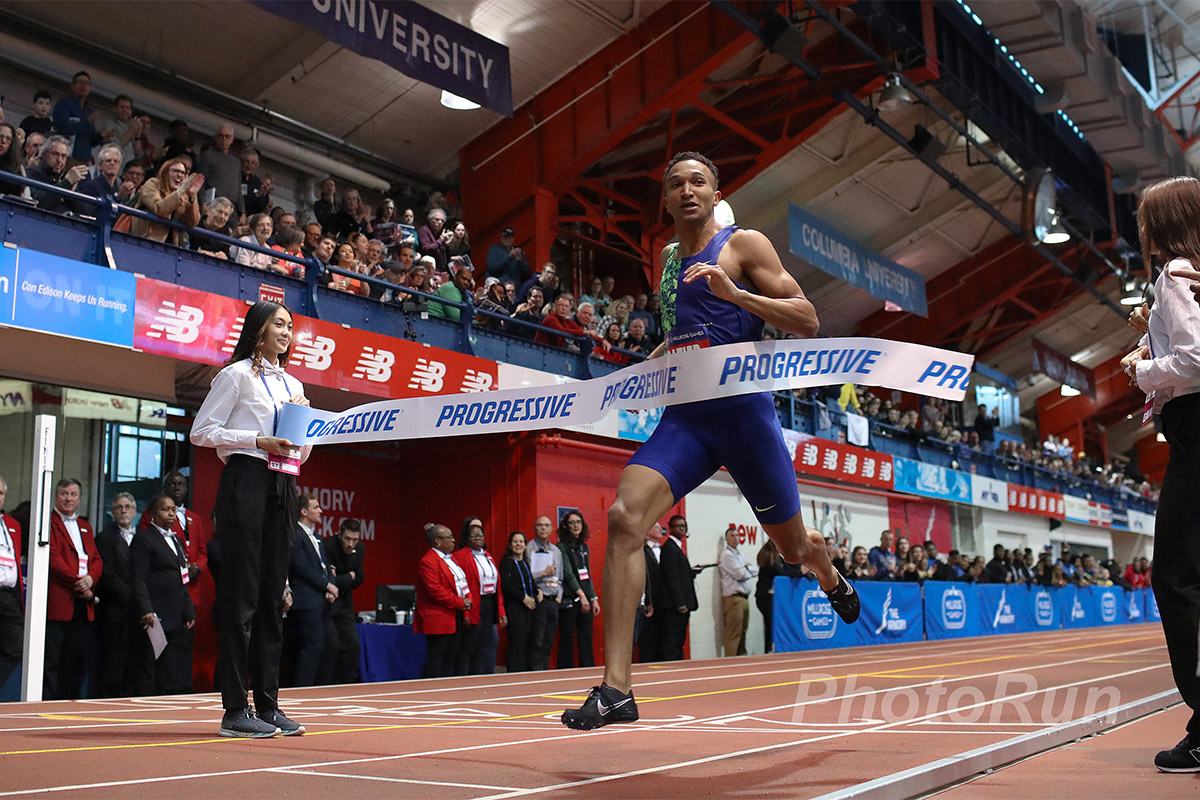 Donavan Brazier broke his own American record for 800m indoors at the 113th Millrose Games in New York City. Running off the pace through the first 400m, Brazier made a strong move into the lead with 300m to go and was never challenged, winning in 1:44.22, breaking the previous American record of 1:44.41 that Brazier set at the previous edition of the Millrose Games.

Finishing second to Brazier was fellow American and fourth-placer at last year's World Championships Bryce Hoppel. Hoppel's time of 1:45.70 is a new lifetime best and makes him the sixth-fastest American in history at 800m indoors.